We had been conducting RSPCA business from Southern Tails Dog School  before we purchased the RSPCA building at 300 West Bailey Street. That consisted of running the low-cost spay/neuter sign-up and pay days, the Wednesday transports to Sheets Clinic in Greensboro, meetings that developed the Education Program and constant meetings and overall planning. 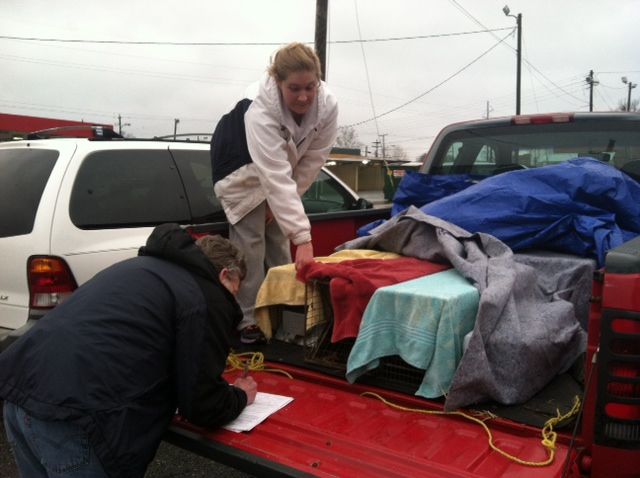 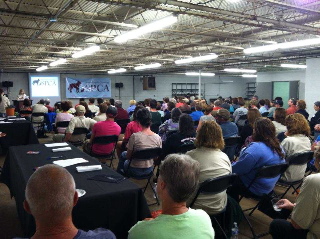 Before we purchased the building, the previous owners allowed us to hold a town hall meeting to announce the founding of the RSPCA in Asheboro, NC. 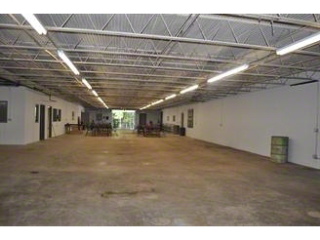 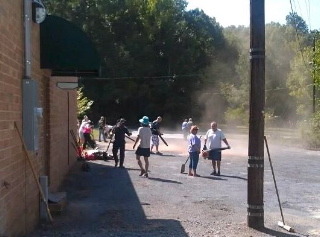 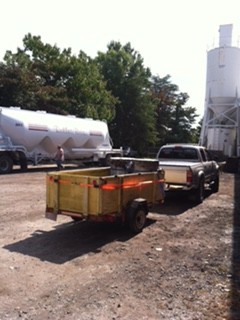 Gary and Larry getting the first load of parking lot surface from Greensboro. 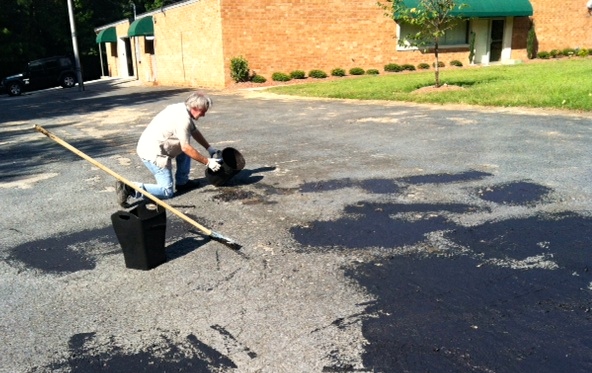 Gary, Jeramey and James put down the filler/sealer. 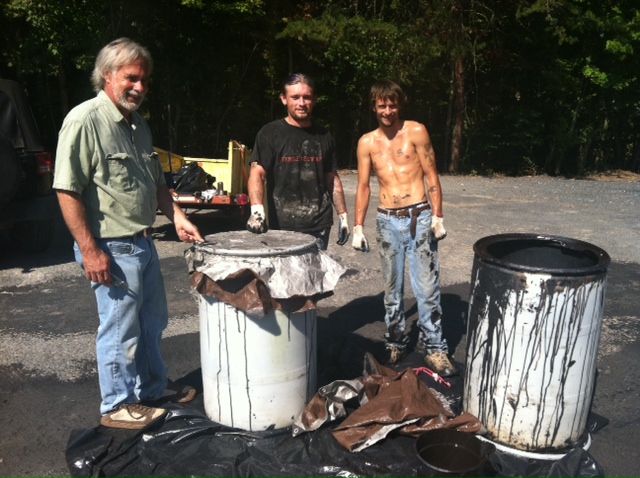 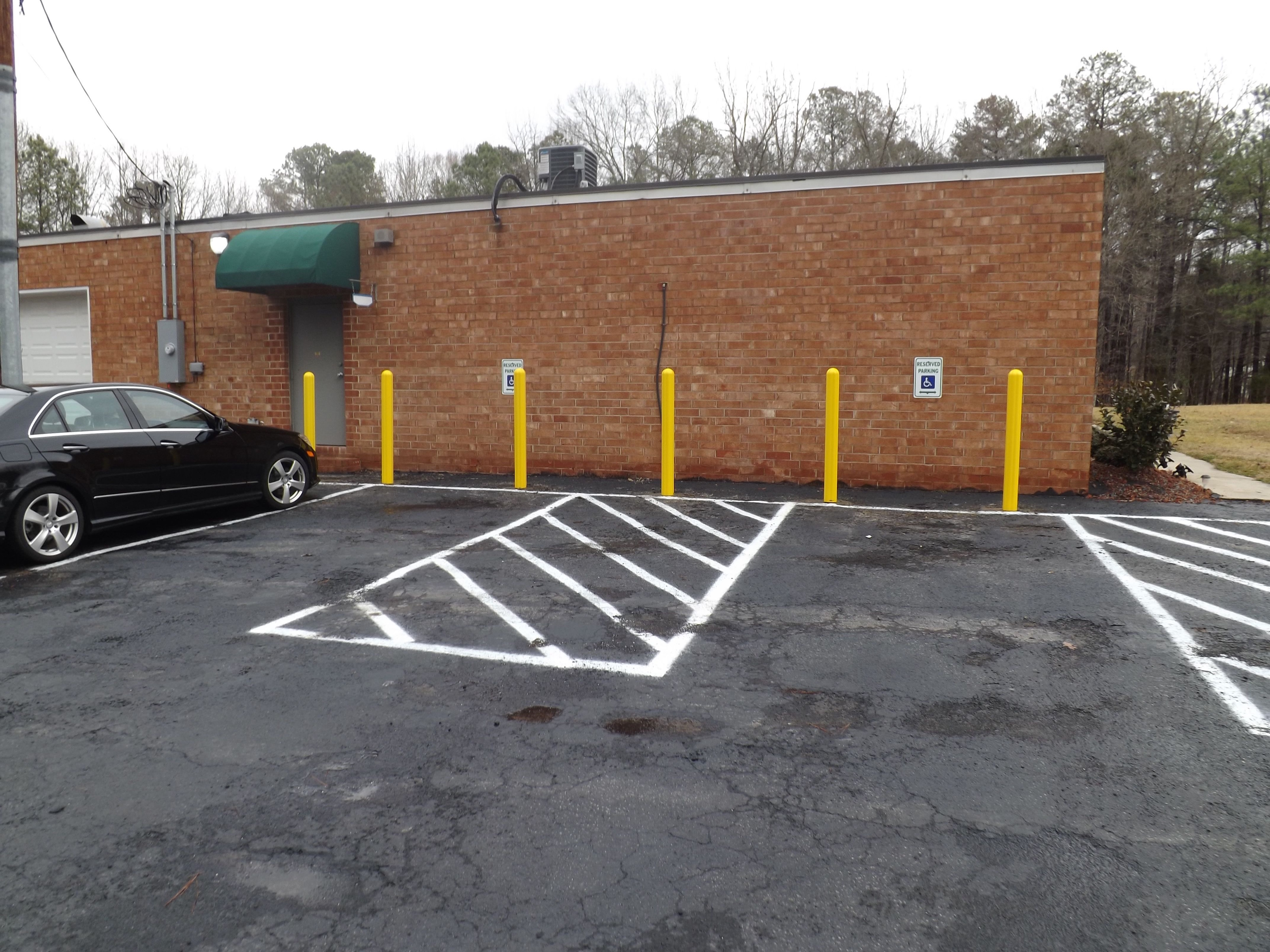 Gary bought and installed the bollards, painted the parking lot lines and put up the handicapped signs

Gary had to update one of the bathrooms to meet the ADA requirements to receive our C.O.

so that we could legally occupy the building.  So, out came the toilet

and in came a new one and handrails 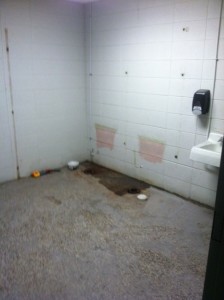 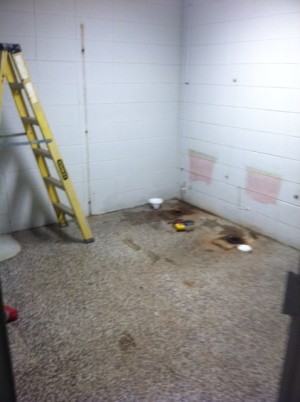 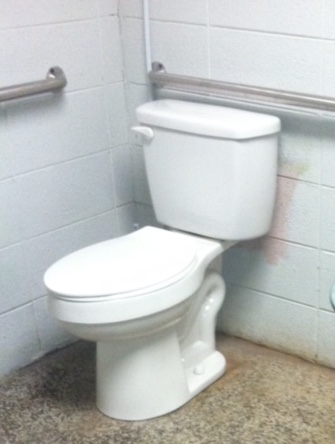 The building inspector came and signed off for the bathroom update.

The next step is to replace all 90 sprinkler heads that are outdated. 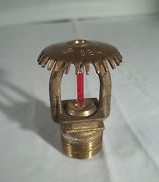 Gary found a great deal on them on Ebay.  He installed every single one.  (Geeze…..that’s lot of ladder climbing!!)  The fire inspector came and signed off the job.

The building is now legal!!!

We started moving in all the merchandise for the Dogwill/Catwill Thrift Store and the Education Dept set up their office to begin their part of the mission. 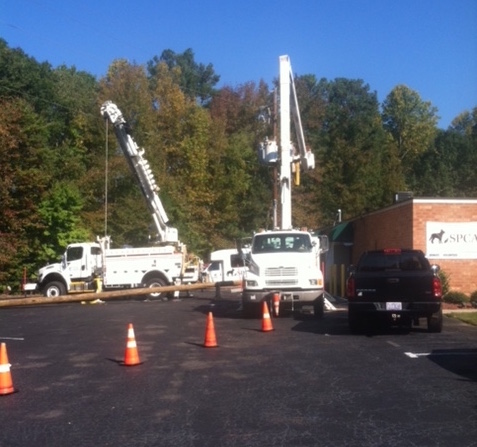 There was no air conditioning in the building except for the small office space in the front.  The heating units that were in the bundling were very old and inefficient.  Gary found two HVAC units in Thomasville.  We rented a trailer, purchased them and brought them home.